A large number of people across the world love to eat meat. It is healthy, delicious and it can be easily available. However, cutting edible chunks of large meat is not as easy as we think it can be. The meat shops use different types of saws and tools to cut a large piece of meat into small chunks. The professional meat shop owners know that it will not be possible to prepare small meat chunks on a large scale if they use normal tools. They need a band saw for meat, which can cut large meat pieces into small meat chunks. The way of finding the best meat band saw is given below. 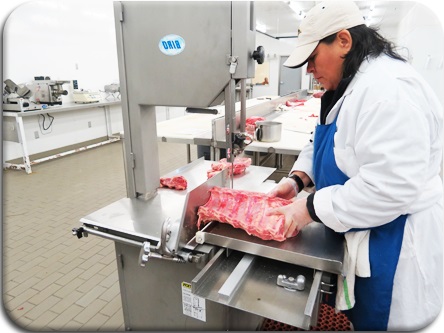 The demand for meat saws is increasing as the demand for meat are increasing. The meat saw can be available in two different types, first is known as meat band saw and another is known as meat slicer. Both of these meat saws are differentiated according to their functions. The professional meat sellers use both type cutting tools to process and pack the meat. Suppose, you are planning to open a meat shop, you should know about both types of meat saws.

We looked at the following criteria for each product and ranked them accordingly.

Meat saws are a must-have for any meat-processing facility. Learn which one is best for your needs with our expert reviews. 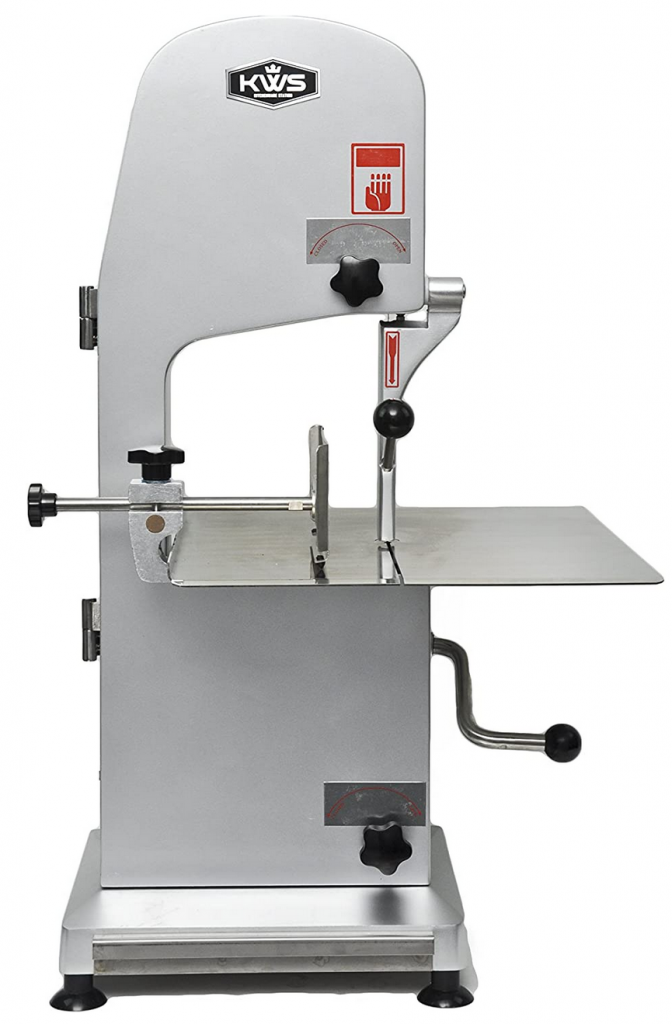 We tried several $400-$500 meat cutting band saws and found out that they break down quite often. A good example is if you have a restaurant and need to cut ribeye steaks periodically, you’ll need this type of product. This is a serious machine, that offers safety, easy cleaning and reliability. It’s used in butcher shops, by home butchers, and anywhere else where cutting meat and fish is required. Now let’s look at each criteria, and how it compares.

What can it cut?

It can cut up to 6-inches thick and 7-inches height meat. KWS B-310 and B-350 can cut more if you want. We easily cut an entire goat, it cuts bone and frozen food like a hot knife through butter. It can cut frozen meat. I butchered four fat yearling heifers and used them to make steaks and roasts. It cuts well, but cutting the chine bones off is difficult because the cutting height is not very high.

When the machine’s outer cover is opened, the machine will automatically stop working, thanks to a built-in waterproof safety device.

When dealing with meat-related issues, sanitation is extremely important. Out of all the machines we tested, this one is the easiest to clean.

One of those features is the meat pusher that helps push the bone or meat through the saw blade, safely. There’s an extra blade within the package. Also, with your first purchase, you’ll get a free Italian-made band saw blade. The saw blade is removed, and after scraping out the bone dust, a cold water rinse, and then washing with a stiff bristles scouring brush in hot soapy water and rinsing, the saw is ready for use again. 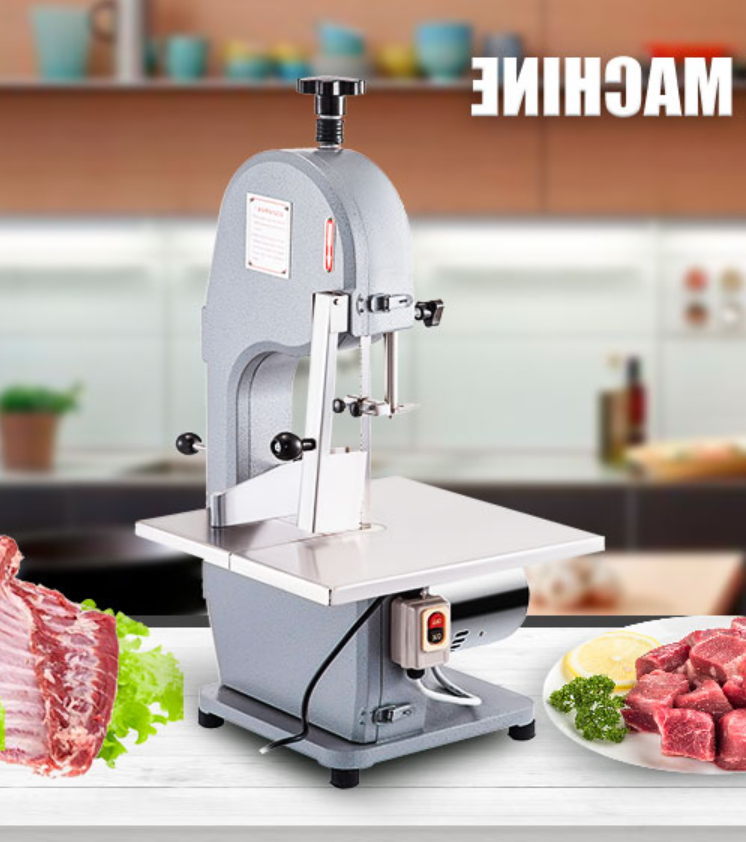 What can it cut?

In our studio, we cut 10 pork carcasses and we would feel comfortable cutting beef carcasses. Some of the cuts might be done manually though. It can cut easily through cow bones. This heavy saw is also capable to cut lamb, deer, goat, large bone rods and others.

For added safety, this bone cutting saw has an easy-to-use ON/OFF switch as well as an automatic power-off protection device.

The VBENLEM 110V bone saw machine is not that easy to clean, but that’s expected from this type of unit.

Some of the extra features include thickness regulator and adjustment saw knob. Produces low level of noise.

Do butchers use band saws?

Yes they do! But only if they need to. They usually prefer power tools like circular saws or jigsaws. But if you’re looking for something cheap and easy to use then a band saw might be just what you need.

Can a band saw cut meat?

Yes it can, but not as well as other types of saws. A good quality band saw will have a blade that is made from high carbon steel. This type of steel has been specially designed to make the most out of the cutting action. The teeth on this kind of blade are also very sharp.

What is meat band saw?

It’s a tool used by butchers to cut meat into different shapes. These cuts are called ‘band saw cuts’ because they are done using a continuous piece of metal which is held in place with clamps.

How do you cut a frozen rib roast?

You would first defrost your rib roast. Then you would remove any excess fat before placing it onto the band saw. Make sure that you don’t put too much weight on top of the meat or else it could tear apart. Once the meat is ready you would begin making your desired cuts.

Can you cut frozen meat with a band saw?

You can cut frozen meat with a band saw.

The band saws used for cutting meat are capable enough to cut large pieces of meat into smaller pieces. These band saws are widely used in the industries, where employees daily process a bulk quantity of meat and produce meat chunks for packing and selling. The professionals usually use two types’ meat band saw blades. The Butcher band saw blade is the first type of meat saw blade, which is mainly used to cut bones and frozen meat. It cuts bone and frozen meat chunks quite easily. The Scalloped edge band saw blades are used for cutting boneless pieces of meat. These blades cut meat chunks more accurately than butcher blades.

Details on a meat slicer

The selection of the meat band saw would depend on where you are going to use it. Suppose, you are planning to open a meat shop, then you will need both band saws and meat slicers. In case, you will use the meat saw at home, then a meat slicer would be the best. The meat seller can provide smaller chunks of meat, which you can cut at home by using the meat slicer. So, consider the given details before you invest your bucks into the meat saw. Of course, you will buy the right tool for meat processing and that tool will ease all of your jobs. 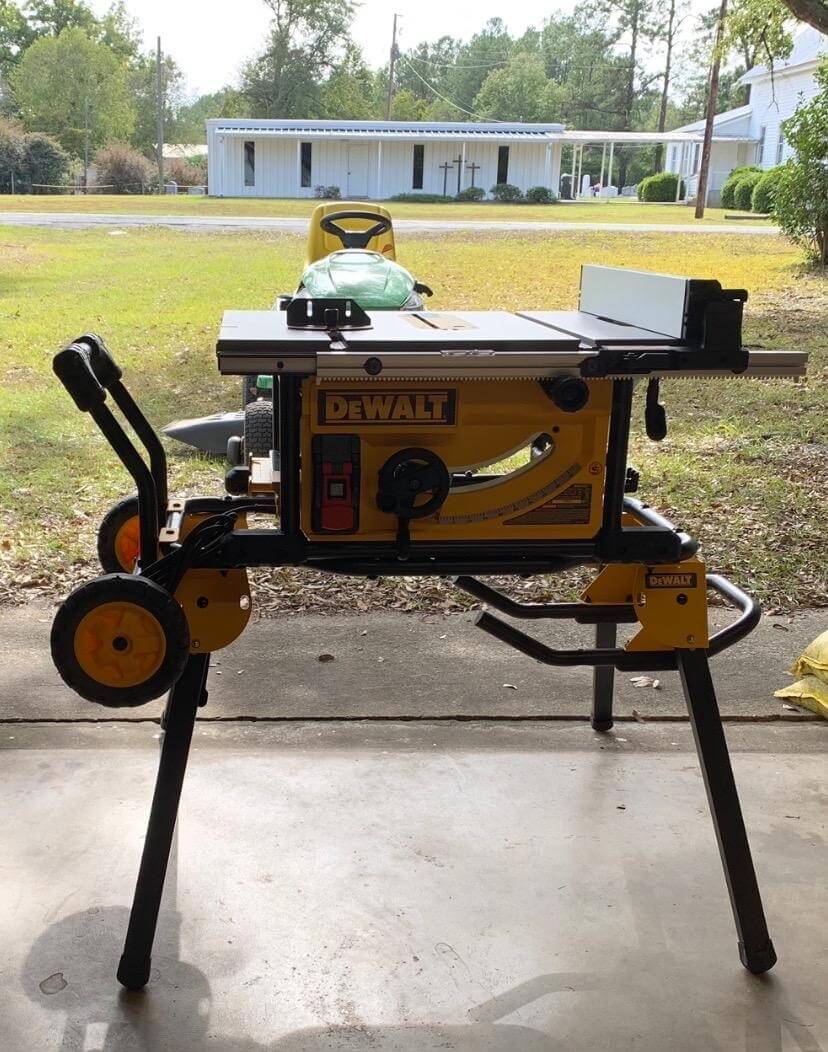 The DEWALT DCS371B Review: A Band Saw that Gets the Job Done 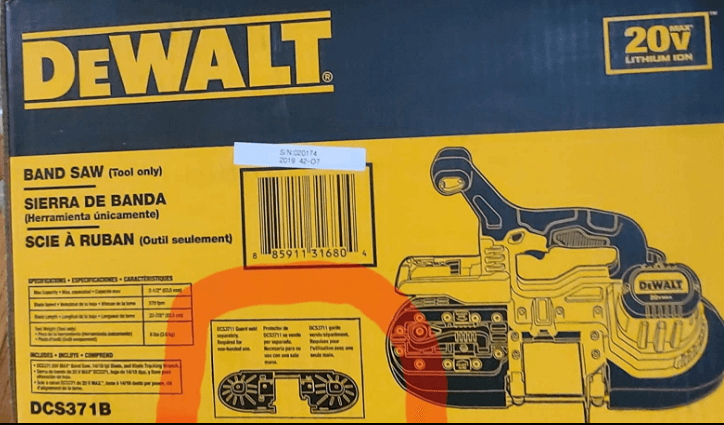 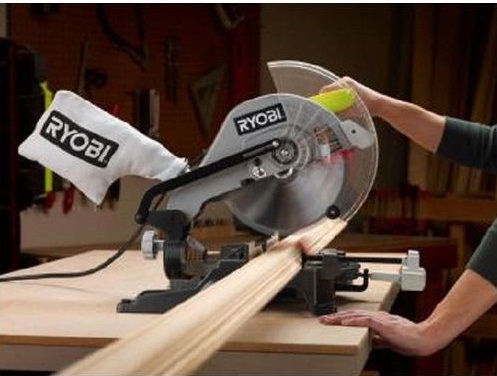 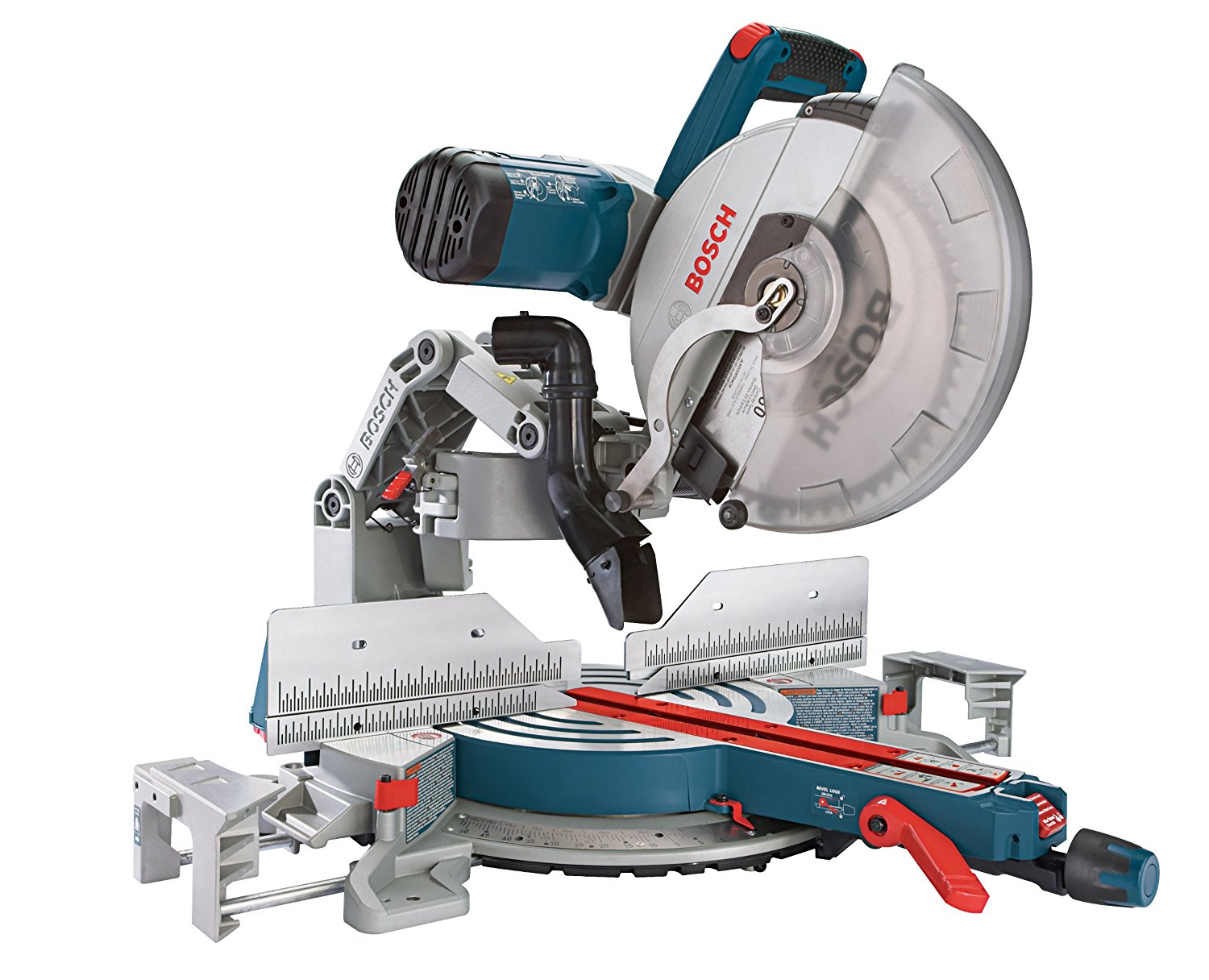 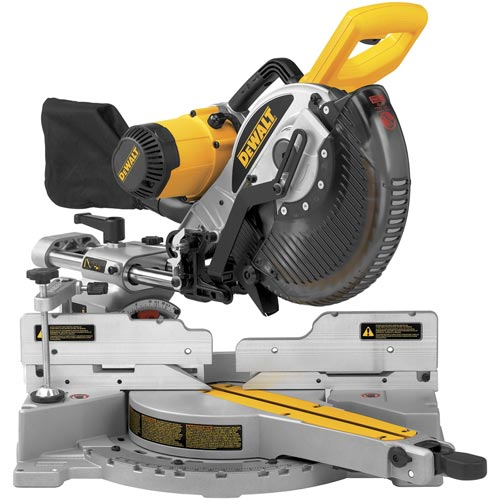 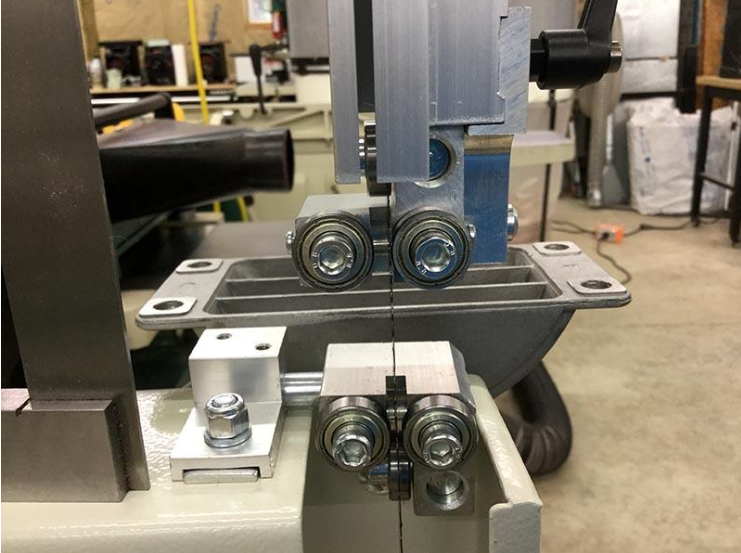